LED Headlights for the NA Miata

Since the late '90s I've had a set of Cibie H4 headlights on the Miata. If you're familiar with Cibies you'll know they are European-spec "E-code" headlights and as such have a superior light pattern to the ordinary US DOT spec sealed beam lights early Miatas were saddled with. I had them loaded with Halogen H4 bulbs and they performed admirably for many years. Now that we have other cars with modern lighting technology, though, the old H4s were starting to lose their charm with their yellow light which doesn't seem very bright anymore. So I decided to update my car with some LED headlamps with the hope of getting a brighter, whiter light that hopefully would also look cool and fit with the character of the car. Our CX-5 has LED projector lights that swivel to turn toward the direction the steering wheel is turned, and the Cayman has Xenon HID projectors, and both are excellent. So the lights I chose for the Miata are up against world-class competition.

There are a dizzying array of aftermarket 7-inch LED light units on the market, mostly aimed at the Jeep and cruiser motorcycle crowd, but they fit NA Miatas too. I wanted to avoid no-name Chinese units but also didn't want to spend too much money. As it turns out, I probably spent too much money. I found some lights made by a company called Grote. They looked good and upon investigation I found that Grote is a real lighting company and not just a brand created to sell knock-off items on Amazon. Here's where I screwed up (although it was not entirely my fault). The Amazon listing for the lights said "headlights" and I assumed that meant for $150 I'd receive a PAIR. Not so. I received a single lamp. Reading the reviews and comments I should have picked up on that, but I didn't. I bit the bullet and spent ANOTHER $150 to order an additional lamp, and then left a review on Amazon to alert others to the fact that "headlights" does not indicate that you'll receive plural lamps. Almost immediately after I posted my review, the listing was corrected to say "headlight" - singular. So, you're welcome.

To be honest; the jury is still out on these lights. I hardly ever drive anywhere myself because I work at home, and if my wife is with me we usually take her CX-5, so I have very little night-time driving time behind these lamps. Compared to the Cibie's the light pattern is not as precise. There is a sharp cutoff at the top, but there is a weird bright spot in the middle of the beam which I don't like. It also lacks the characteristic E-code "kick up" to the right which is useful for illuminating road side signs and such. 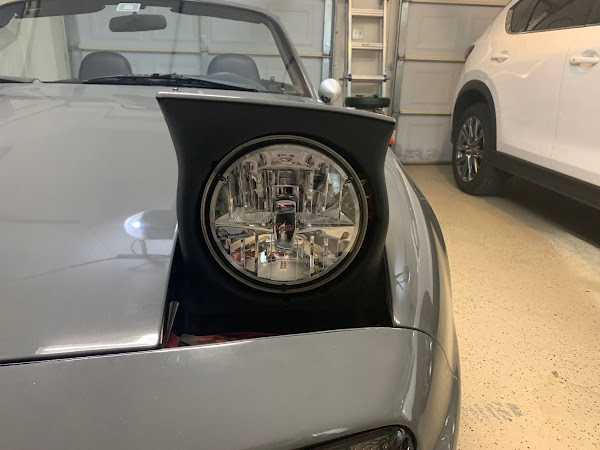 The lights are very pretty to look at. They have a classic look and don't look ridiculous like most of the LEDs on the market for Jeeps. 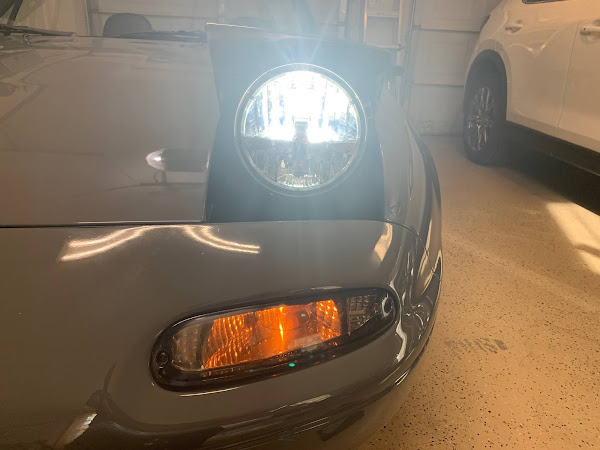 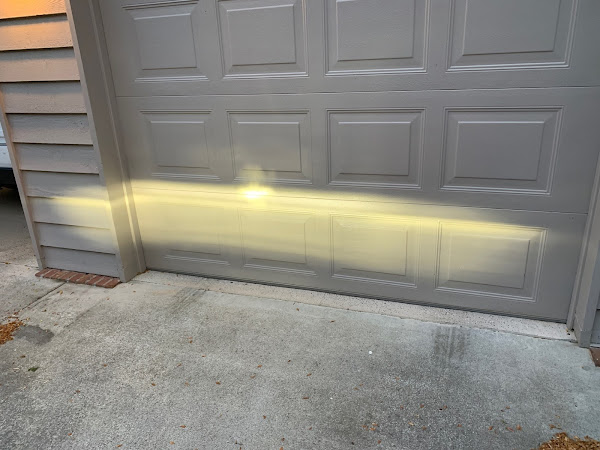 Here's the light pattern from a single lamp. Pretty good but not great. There's no kick-up to the right like an E-code has. 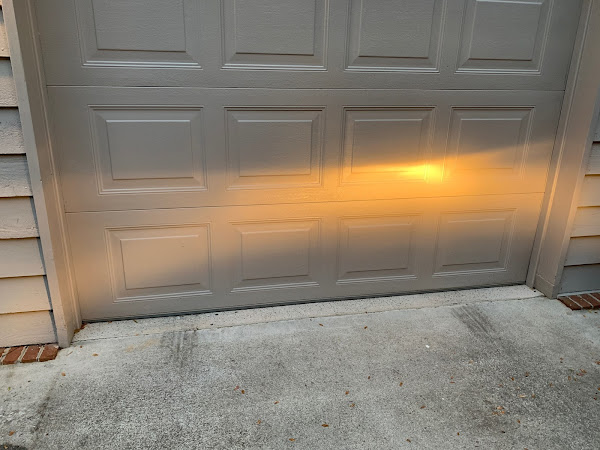 Here's the pattern from one Cibie lamp. SO YELLOW but the pattern is actually really good; although it does have a bit of a hot-spot too. 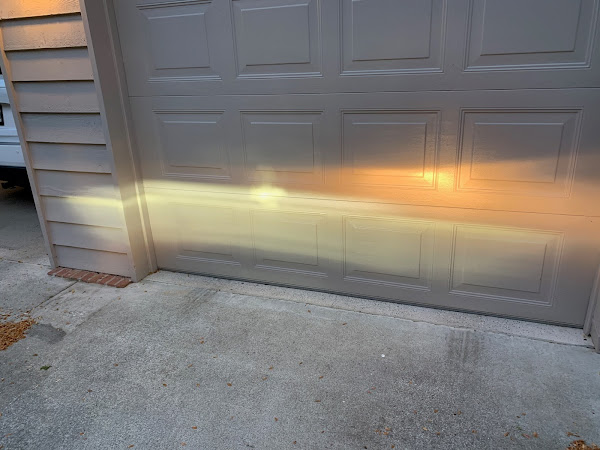 Side by side, Grote and Cibie. Ignore the aim as I had just had the car in pieces and didn't re-aim the lights yet. 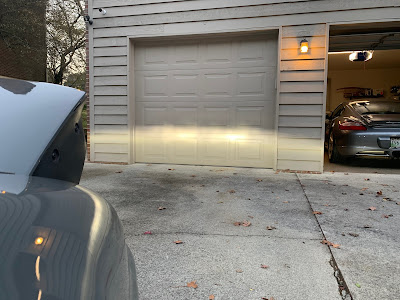 Here both Grote lamps are installed and these are the high beams. 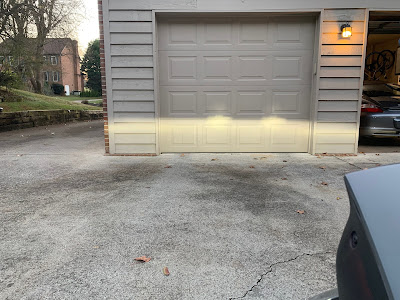 Low beams. I'm not enamoured with the hot spots in the center of each beam but I will have to get out for a longer drive at night to really make an informed judgement.

The question I now have in my mind is whether there's an LED H4 bulb that would perform admirably in the Cibie housings. I've seen a couple threads on the Miataforum where people have had decent results, but no long-term reviews. If the LED H4 is designed carefully I think it could give the correct light pattern in the Cibie housing, however just throwing any LED that fits without regard to the reflector design is unlikely to work well. Some LED bulbs have big heat-sinks on the back, too, which may interfere with the Miata's pop-up headlamp design. I'll update this post when I know more.