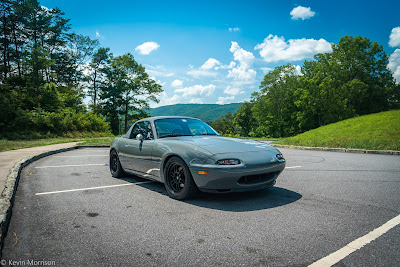 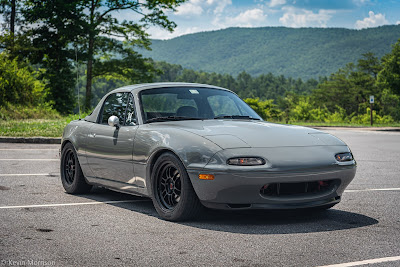 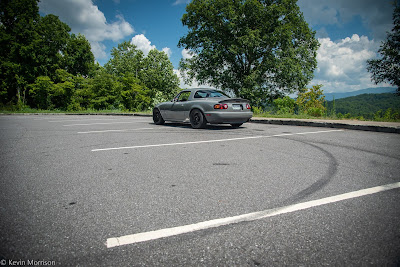 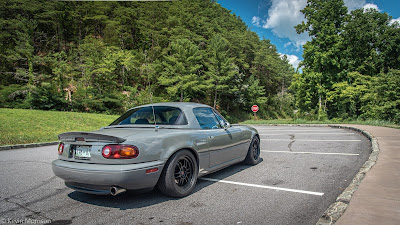 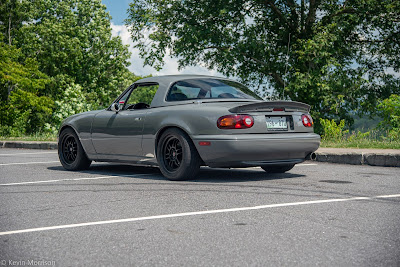 Posted by Morrison's Garage at 4:23 PM No comments:

Miata is complete! Complete refurb including interior and paint. 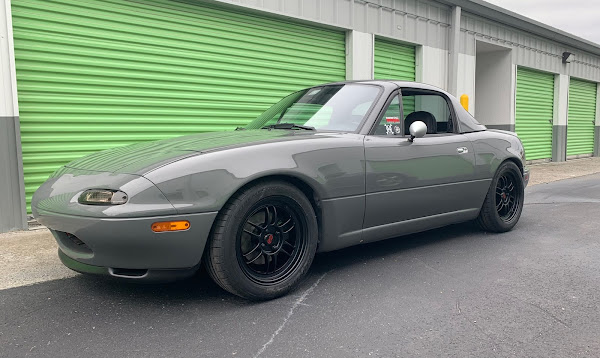 I finally got the Miata out for a photo, just before I stuffed it into my storage facility. The most significant change of note here is the new set of 15x7 Enkei RPF-1 wheels with Continental Extremecontact Sport tires in 205/50-15 size. I considered 8-inch wide wheels but that pretty much limited me to 225 width tires and I couldn't get the ones I wanted. Plus I think the 15x8 and wider wheels look a little funny on a Miata. It looks a bit clumsy to me. Just my personal impression, of course, and if I were autocrossing or tracking the car I'd want as much width as I could get. Also of note: you don't get center caps with RPF-1's so I had to order some separately. I found a company called Flatout Graphics that sells them with nice Enkei logos which you can choose in any color. I chose red.

I've yet to drive more than a few miles on these new ties, but they're the same tires I use on my Cayman S, and I like them.

So, for all intents and purposes, this project of restoring this Miata is complete. There's really not much else that it needs, and I've certainly spent far too much money relative to the car's actual worth. My goal now is to actually drive it, and of course I want to drive the Cayman, too! It's tough when you don't have to go anywhere for work, to put miles on cars.

Posted by Morrison's Garage at 10:50 AM No comments:

Just a teaser for now. Coming in at 9.9lbs per wheel, and accompanied by new Continental Extremecontact Sport tires, these should be a quantum improvement for the Miata. Did I use the word quantum correctly here? Probably not but it sounded good in my head. 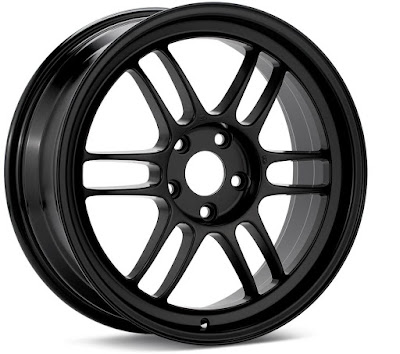 Posted by Morrison's Garage at 12:06 PM No comments: