So I'm doing some work on the Miata! I've had this Miata for almost 20 years now, and the last year and a half since we moved to Tennessee has been really hard on it. It's been parked outdoors 24/7/365 and for a 24 year old car, that's brutal. I've got some parts and upgrades ordered and it will be getting a complete paint job here pretty soon. I'm also going to find a way to park it indoors. To kick things off, though, I decided to do something I've always wanted to do but never got around to it. I've long been a fan of the bespoke handmade gauge faces made by Adam at Revlimiter.net. His designs are pure genius and the workmanship is top notch. The best part is he doesn't charge an arm and a leg. So a few months ago I ordered a set of his faces, and they proceeded to sit on the shelf for six months or so before I got a chance to install them. This is pretty typical for me, by the way. I have a set of Flyin Miata frame rail braces that I bought in 2012 that I have yet to install. I swear, I'm getting to it.

Anyway, as usual I'm not going to tell you how to install anything. Revlimiter has outstanding instructions on the website. Instead I'll just post some photos and make some comments. 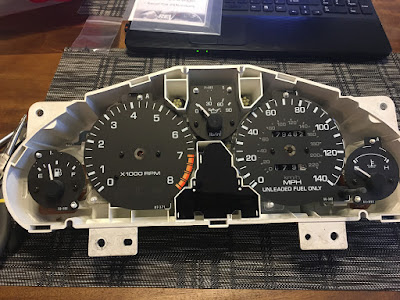 Just for reference, here's the old gauge faces just before I took them off. 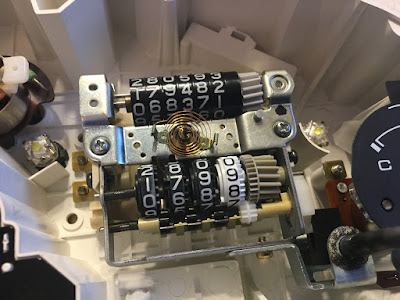 I just thought this was interesting. In 20 years of Miata ownership I've never seen these parts. I think they're wonderfully analog! 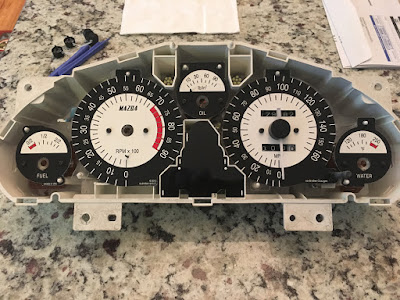 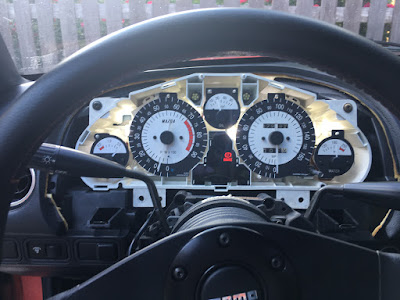 Getting the needles lined up right. The only tricky one was the water temp gauge. It just wanted to read too low no matter what I did. I finally got it to point straight up when the engine is warm. That's close enough for this inaccurate gauge. Ditto the OPG. The numbers don't mean much. I checked the speedo against GPS and it's within about 2 mph at 40 mph. The tach seems to read too high unless I set it too low at idle. I don't care. 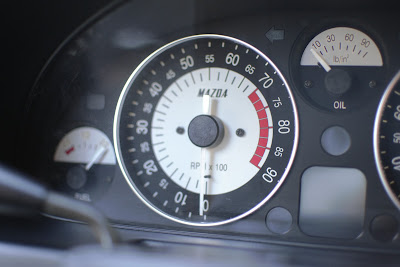 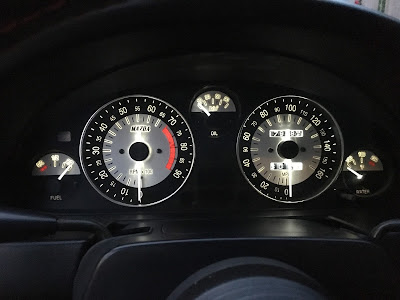 Here's how they look at night. 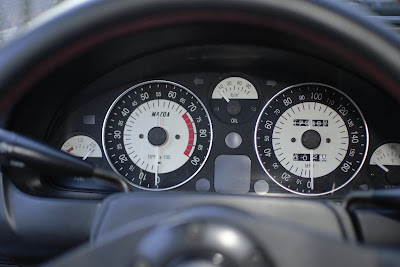 This is a meaningless yet strangely satisfying modification. I think it bodes well for where I'm going with this car. More to come.
Posted by Morrison's Garage at 8:00 PM