Blue Ridge Parkway and the Tail of the Dragon 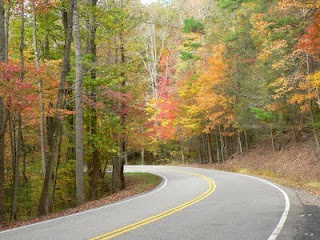 We spent a wonderful 3 days driving the M3 through the mountains of western North Carolina and the foothills of North Georgia. I can't say enough good things about this car. It was fantastic throughout the entire trip. The photo to the left was taken on US-129 in North Carolina on a section of road known as the Tail of the Dragon. Most sporty-car and motorcycle types have heard of this road, also known as Deal's Gap, where there are 318 turns in an 11-mile section of two-lane with no intersecting roads. I went there 10 years ago in my Miata but had never been back until this week in the M3.


The place was crawling with motorcycles and several Corvettes. There was one other M3 but for the most part we stuck out like a sore thumb. It was great fun, though, and the motorcycle guys were appreciative when I pulled over to let them by. In my younger days I'd have been flogging it through there but this time we were quite content to take our time and admire the colorful foliage. 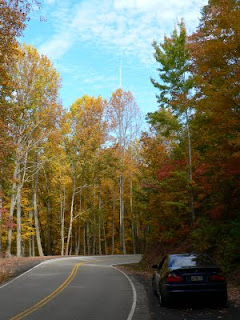 We also spent an entire day on the Blue Ridge Parkway between Asheville and Blowing Rock, NC. It was a glorious day with perfect weather. The brightest colors were at elevations below 3500 feet. Above that the leaves were already past their prime and falling off.

This was an old-fashioned driving vacation. The kind people used to take when driving was still considered a pleasure and an adventure. We had to use some interstates, but we spent a lot of time off of them. We covered over 1700 miles in four days. It's trips like this that are the whole reason I buy cars like an M3, a Corvette, or a Miata. Yeah, it would still have been fun in a Minivan, but it would not have been the same, or as memorable. The M3 is a Grand Touring car of the highest order. It oozes power and authority. It attacks mountain roads with relish. On the interstate, it flies. I had never before driven a car for eight hours and emerged fresh and ready to drive another eight, but with this car I did. 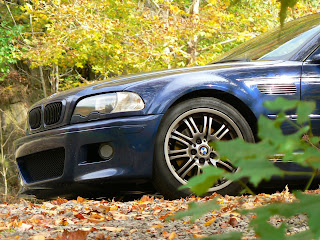 We're going back next year.
Posted by Morrison's Garage at 8:58 PM